” First things first, head to the menu, and you can change the sound quality – choose Normal, High or Extreme. Admittedly these aren’t going to sound quite as sweet as lossless tracks from a service like Tidal, and they will take up more of your data allowance to stream. But that’s a small price to pay for better listening.”

” Since I have no electronic test equipment other than a multi-meter, I could not measure or verify the specifications. I will comment, however, that the distortion specification quoted by the manufacturer (1.5%) is the distortion at the clipping point (full power) and the amp runs at a much lower number throughout its functional range.” 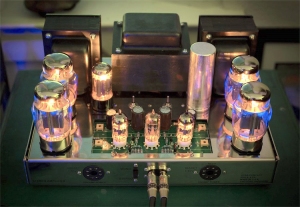 “Herzog and De Meuron’s concert hall is built from not less then 10,000 unique, gypsum fiber acoustic panels. Parametric design, that is the result of special algorithms calculations produced more then one million unique cells, that can be in diameter from four to sixteen centimeters. ” 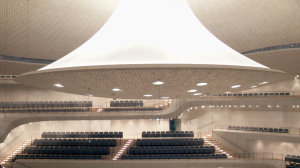 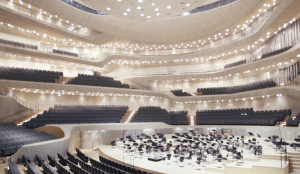 ” Perhaps the standout element of the sound from these speakers is their treble. The ribbon tweeter, or Micro Pleated Diaphragm high frequency transducer if you prefer, is a wonderful addition whatever you wish to call it. When I met Dean Hartley he explained that the distortion from the MPD had been reduced dramatically from the previous incarnation’s ribbon tweeter. It is an improved version of Dr. Oskar Heil’s Air Motion Transformer design and is a folded design which works almost like an accordion and gives a flat and even response right up to 100kHz. It really does sound excellent and produces highs that are crystal clear with real panache and not one iota of over emphasis which can lead to a fatiguing overall sound.” 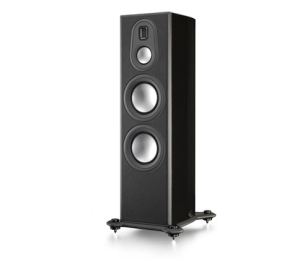 “Physics is physics, and a 5cm driver just isn’t going to disperse high frequencies as broadly as a conventional one-inch tweeter. This didn’t cause the “cupped hands” coloration I feared, but it did reduce the openness of some vocal recordings, such as Cecile McLoren Salvant’s “What’s the Matter Now?” That appealing vividness I heard before was still audible, but the sound did seem more directional–more like it was coming from speakers rather than actual performers–than it did with my reference Revel F206 speakers. Granted, the F206s have perhaps the most open sound of any dynamic speakers I’ve tested. Still, I have to say that the Viotti Ones sound no less open and spacious than many speakers with a conventional one-inch dome tweeter.” 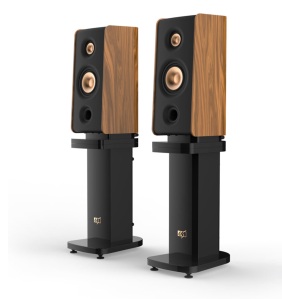 ” The other thing the F35 gets spot on is its top to bottom balance. I’m sure the consistent driver materials help, but so too does the carefully judged top-end extension, with enough energy and detail to deliver satisfying air and locational cues, but not so much that the top-end sounds spotlit, bright, or harsh. The Revel’s musical range isn’t just seamlessly integrated, it’s satisfyingly rich of colour and tonal warmth to make for long-term listening pleasure. ” 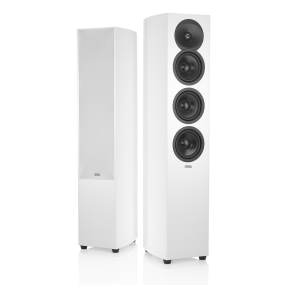 You are currently viewing the archives for January, 2017 at Audiophilepure.