“Another thing that the Noble electronics do not short-shrift is three dimensionality. Of course, an omnidirectional loudspeaker like the 101 E Mk.II, with 360-degree dispersion (and no enclosure), is a paragon of 3-D sound—to the extent that it is the one transducer I’m familiar with capable of making digital seem as if it’s got nearly as much bloom as analog. Already notably three-dimensional with the other speakers I used, the Noble amp and preamp made the Radialstrahlers sound, as I once said about their big brothers, the X-Tremes, like the sonic equivalent of going to a stage play rather than watching a movie. Indeed, the 101 omnis’ inherent ability to project musical energy in all directions rather than merely forward (or forward and back) is highly realistic—and a large part of the reason the Radialstrahlers sound so thrilling and real with the right sources and electronics. The Noble Line gear did them proud in this regard.

I could go on about the 101 E Mk.IIs—about their incredibly lifelike power-range weight and impact, about their bottommost octaves (which are said to extend to 22Hz), about their uncannily natural reproduction of voices, brasses, and strings, about their boxless openness and vast soundstage—and even though some of these things would also be to the credit of the Noble Line electronics driving them, the Radialstrahlers are not the subject of this review. It is the N11 and N15 that I’m focusing on, and the bottom line here is plain. Neither the amp nor the preamp is the last word in high-end electronics (even in the MBL lines), but then they don’t cost anything close to what that last word costs. What they are, like the MBL Radialstrahlers they pair up with so beautifully, is thrilling to listen to—a little dark, a little soft and sweet on top, a little lower in top-end extension and resolution than their $100k+ competition, but always enjoyable, powerful, and musical, and, given the right source and pairing, fully capable of a realism that raises goosebumps and of a soundfield of head-slapping breadth, width, and depth. In sum, these are components I can recommend to every kind of listener, and particularly to those with Magneplanar or MBL loudspeakers.” 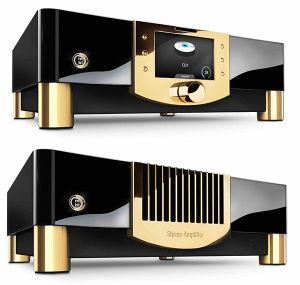 “I am as impressed, if not more so with the Fun and Bang compared to the Play. I really like how Burson has taken this little potent black box system from a few months ago and expanded it out now to cover even more bases. Got a speaker system? Get the Bang. Got a DAC already? Get the Fun. Put them both together you got a small system right there that has brutal power for headphones and surprisingly levels of control and finesse for dedicated small room HiFi speakers and near-field monitors.

Of course, like the Play, the Fun and Bang sound best to me with the V6 Classic opamps. That’s a personal preference thing, the V6 Vivid could work really well for those who really want more low-end and better treble presence. The Basic configuration in the Fun is pretty good also with a decent DAC behind it. The transparent neutral tone has an edge over the harder sounding Play version.” 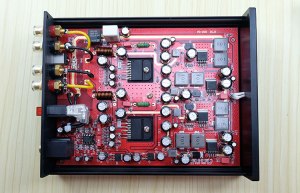 “There is little to complain about with the HIFIMAN Ananda headphones, and a great deal to like. I’ve heard equally good high end headphones, but never anything any better. (I’ll admit I haven’t auditioned any of the $5000 plus headphones being offered).

The sound is exemplary, and I think the open back design contributes to the comfort and overall sound of the Ananda phones. The sound was excellent on difficult to reproduce mass instruments and choruses, and it also earns high praise with acoustic instruments and hard rock.” 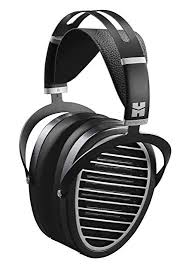 “I wouldn’t characterize the upper midrange as deeply recessed, but compared to ZMF’s previous flagship Auteur, sounds like female vocals seemed a little more distant due to Vérité having a little less presence in the upper harmonics to really “burn through” the mix. Conversely, shaving a couple of dB out of this region makes the headphone sound less fatiguing overall and sort of invites the listener to turn it up and rock out, which really allows the headphone’s spectacular dynamics to shine.

The Vérité’s treble is outstanding in terms of pure performance. Frequency plots show good energy in the lower treble around 6kHz, a bit of a dip in the mid treble centered at about 8kHz and then excellent high treble air from 10kHz on up. My ears tend to agree. Adding a little 2dB peak at 8kHz in my Roon EQ settings seemed to make things a bit flatter up top through the mid treble. However, like the presence region an octave below it, scaling back a couple of dBs in a more sensitive region gives the listener a little less fatigue at higher volumes and over longer listening sessions. Ultimately, it will be up to the individual listener as to whether this coloration is preferable or not.”

Who killed the headphone jack: 2018 Year in Review

“The Relentless is rather large, it’s 22 by 11.5 by 32.5 inches (570 by 280 by 826mm), and it weighs a staggering 570 pounds (258kg). It’s big, and trust me on this there are a lot bigger but less powerful high-end amps on the market. D’Agostino’s old 1,000 watt per channel Krell Master Reference Amplifier amps were four times the size of the Relentless. Oh, and the Relentless is a mono amp, so you need two for stereo. His other D’Agostino amps are far more sensibly sized, and by ultra high-end standards affordably priced.”

“This is the real, typical solid state output. It delivers punch power and everything has impact and control. For a solid state output it is very musical but it isn’t as musical and smooth as the tube output is, logically. The SS headphone out at this level of course is clean and precise, if not it wouldn’t be a high end unit. At the same time it isn’t the neutral and analytic kind of sound you expect form a flagship. It’s more musical, full bodied and comes with a smooth delivery. Something that will strike you right from the start is the excellent stereo image and L/R balance.

Bass is somewhat elevated but not too much. The detail and layering is good, as well as the separation. The mids are detailed, well layered and have that smooth, musical delivery. It’s maybe my favorite part of the N8, though the bass section isn’t far behind. There are DAPS that present more air and spaciousness but the N8 is no slouch here either. The solid state treble section is energetic and lively, but like the bass and mids it has this musical twist and slight smoothness so it will never sound harsh or sibilant or aggressive.” 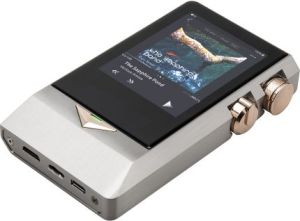 “One of my favorite music tracks for testing subs is “Flight of the Cosmic Hippo” by Béla Fleck and The Flecktones. Bassist Victor Wooten’s solo, played on a five-string fretless Fodera bass, has him moving up and down the scale and reaching incredibly deep notes. Any discontinuity between your main speakers and the subwoofer is instantly heard, and only a tight, fast sub can sound tuneful as Wooten plumbs the bottom end of his instrument. Streaming the track on Qobuz, the 1100X had plenty of power to shake the floor, yet there was no hint of a one-note quality or overhang. Even though I was using the Subwoofer Control app’s supposedly lower-impact but more tuneful Music setting, the 1100X was able to move plenty of air and cause my listening chair to thrum and vibrate along with the bass. There is one additional Subwoofer Control app adjustment I didn’t mention—a Deep Bass level setting that allows you to boost or cut the very bottom half-octave from 20Hz to 30Hz by up to 10 decibels. I found that by carefully tweaking this setting I was able to dial in a perfect amount of heft to the sound without introducing boominess or bloat.”

“The first are two little air vents at the top and bottom of each cup baffle. These vents act in the same manner as speaker ports (rear or front) with the vent on the base tuning the woofer and the top vent for the 40mm crossfeed driver. Put your finger over each and the level of bass and air will be affected changing the sound also. It also lowers the level of isolation from background noise.

The second are those silk/velour triangular pads used on the CZ-1. They are fairly porous in nature as are most velour pads in my experience. They do a good job with high-frequency background isolation but less so with mid to low frequency such as air con hum. Though not quite as open as proper open-back design the CZ-1 is still a headphone for indoors and quite listening sessions.” 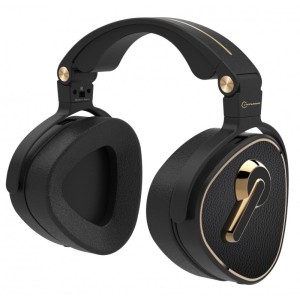 You are currently viewing the archives for December, 2018 at Audiophilepure.