“MartinLogan’s Dynamo 800X is the first subwoofer I’ve reviewed that combines digital control, signal connection, and room correction—all three wirelessly—in a small, powerful package. I heard no difference between the wireless and wired connections, and once I’d found good positions for the Dynamos, set their output level correctly, and identified their optimal crossover frequencies, their sound seamlessly blended with that of my Quad electrostatics, deepening the ESL-989s’ soundstages and deep-bass extension and expanding their dynamic range, and enhancing their three-dimensionality, all at a price far below that of larger subwoofers I’ve reviewed.” 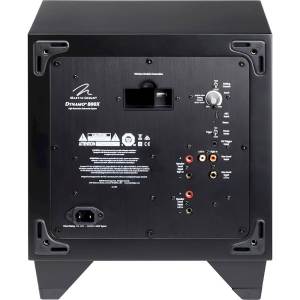 “The Comet has the usual array of digital inputs plus a single pair of analogue inputs in a billet machined case with a headphone socket on one side and an almost unreadable LCD display. It does look cool though and if you get the angle right it’s possible to discern the reflective text and numbers from the matte silver background. The information is pretty basic with the chosen input at the top above the selected output, the latter offering main, Exonet, or headphones, a numerical volume indicator sits below both. A cheap remote control is supplied that can be used to change any of these but the simple app that Exogal has developed is a nicer way to do it. The latter baffled me initially because the Comet has no network connections or Wi-Fi antenna, it does however have a short Bluetooth antenna and that’s how it connects to your smartphone or tablet. Users of streaming sources will realise that this is all fine, but when you are choosing tracks with the streaming app you don’t want to have to switch to another app just to change volume. One answer is to use a second touchscreen device but the remote is probably easiest; that said, the app does make it clear when the output is muted as is the case at switch on, which can save some head scratching. Since its introduction the Comet has had one upgrade and that’s a new power supply; this is a £400 extra in a nice aluminium box (albeit with a power inlet that’s a little deep for chunky IEC plugs) and this was supplied for this review. The Ion also has an external power supply in a less sexy plastic case.” 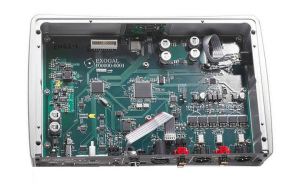 “Checking boxes of individual sonic criteria is one thing, but it’s the immersion and scale of soundstage presentation, linked with image specificity, that are the M126Be’s most impressive virtues and make it the speaker it is. Most compacts excel at image detail—are born with it—but often this is the result of an overly bright tweeter, iffy inter-driver coherence, or just a light tonal balance. That’s not the effect I got listening and living with the Revel. Rather, the M126Be is more about a continuous musical embroidery of naturally scaled images within an ambient sound space. This is exactly what I got as I listened to Diana Krall’s “I’ll See You in My Dreams”—there was the sense of sitting-in with the band, feeling the wash of ambience energizing the space, the excellent upper-bass pitch definition, and the bouncy steel-string guitar solo that breaks from the speaker within its own acoustic pocket.
”

Campfire Solaris vs. Atlas vs. HiFiMan RE2000

“This almost turned into a full review but then again there is a hell of a lot to talk about, so cutting this off at the right length to inform and I guess “tease” was a challenge. What I can say that at this point is the R6 Pro is looking very much like a contender for the price to performance ticket in 2019.

With more power, lower output resistance and an updated OS it should remain very relevant in today’s DAP market. I highly suggest you demo it in the forthcoming NAMM and CanJam events Q1 2019 and find out for yourself! Our full review will be coming along very soon also if you do not get a chance.”

“This has been a worthwhile debut challenge review for me on Headfonia. I think Light Harmonic have done a pretty decent job with the Stella in both resisting the temptation to let it all hang out with bloated dynamic driver sound or aiming for an easy darkish sound to tame the masses.

Yes, the Stella is slightly niche, more at home with audiophile standards, clean acoustical sounds and most importantly female vocals. But what it does, it does incredibly well, and it does stand out from the crowd on that basis.”

“The Noble Line N11 and N15 certainly bring out the 101s’ virtues without being hamstrung by their peculiarities. You might think that a speaker with a sensitivity of 81dB (or less), like the 101 E Mk.II, would be a challenge for any amp short of a behemoth, but the N15 (like the even more powerful MBL Reference 9011) never seemed fazed by the Radialstrahlers’ hunger for watts, volts, and amps. While I wouldn’t say that the N15s had quite the overall resolution or sensational treble snap and extension of the 9011s, they effortlessly reproduced hard-hitting bar-band rock ’n’ roll like Lake Street Dive’s “Shame, Shame, Shame” from Free Yourself Up [Nonesuch] at lifelike levels (ca. 95–96dB average SPLs), and they did this without sacrificing one of the very things that makes Radialstrahlers such a pleasure to listen to—their ability to play at very very high volumes without turning the slightest bit rough, bright, or annoying. (According to MBL’s literature, the N15 has a “soft-clipping” feature that, I assume, makes it sound even less rough and bright at very high levels, though this feature may also be partly responsible for the amp’s slight reduction in treble-range brilliance).”

You are currently viewing the archives for January, 2019 at Audiophilepure.