“More to the point, some amplifiers that veer toward the warm and smooth side of the sonic continuum can produce boredom by softening transients, and sometimes by obscuring inner detail in a pleasant fog. The M1.1s never went there. You’d be sure of that if you’d been with me to hear them play Binaural Baroque, a direct-to-disc binaural recording by the Locrian Ensemble of London (Chasing the Dragon VALDC005). While binaural is best enjoyed via headphones, the presentation through my Wilson Audio Specialties Alexx loudspeakers, driven by the M1.1s, was vividly three-dimensional, especially the Vivaldi Guitar Concerto, which placed guitarist Morgan Szymanski solidly and convincingly in front of the ensemble.

Did the presentation on that Elgar recording, and on other exceptional-sounding, minimally miked recordings, lose a bit of hall reverberation and air, compared to what I was used to? Yes, slightly so—but other attractive sonic qualities were gained in the trade-off. 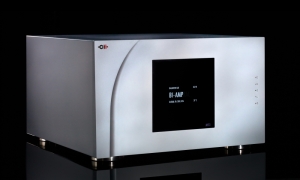 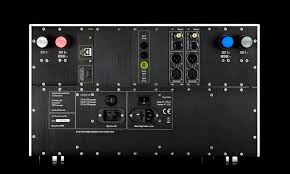 “This is an unusually revealing loudspeaker that more than makes up for its diminutive stature with the sheer level of detail that it can extract from the signal. It’s clearly a slave to whatever comes down the cable and manages to expose an awful lot of musical detail in a fabulously coherent manner. ‘Coherent’ is the key word; the Russell K Red 120 may not produce the biggest image in the world or have the most muscular dynamics but it can deliver the music precisely and effortlessly in time. There is no sense of time smear and in this respect it deserves to be ranked alongside the best that Rega, Neat, and a few others have done. The Red 120 doesn’t look like great value when compared with the other floorstander I reviewed this month (Audiovector QR5) but looks can be very deceptive. Musical enjoyment is not a visual thing it’s a sonic trick that only really works when the timing is spot on. And with the Red 120 that is always the case. 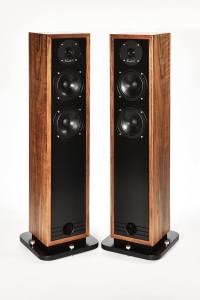 “Although many loudspeakers have very flat frequency response, the Eminence went a step further by combining tonal neutrality with a colorlessness that served as a blank canvas upon which instrumental timbre could be portrayed with sensational realism and vividness. The speaker didn’t impose its own tincture on tone colors that would have diluted their vibrance. Not only did instrumental and vocal timbres sound more “alive”; they were also differentiated from each other more clearly. The result was that each instrument in an ensemble was its own entity, more vividly present. It was like looking at a multi-hued photograph printed on pure white, rather than slightly grey, paper. This impression was heightened by a stunning sense of openness through the midrange and top octaves. There was a gossamer-like sense of the music existing independently of the speakers, unencumbered, and with the impression that a lid had been removed from the top octave.

The midrange had an electrostat-like directness and immediacy that were sensational. Brass and woodwinds were reproduced with an unfettered dynamic life and visceral presence. Trumpets had a full measure of high-frequency energy without sounding hard, brittle, or metallic. Freddie Hubbard’s instrument on his composition “Byrdlike” from the George Cables album Cables’ Vision was richly portrayed, with just the right balance of immediacy and liquidity. Piano was particularly well-served by the Eminence’s freedom from dynamic constraints, the purity and clarity of its midband, and its exquisite resolution of lower registers. I particularly enjoyed how the Eminence conveyed the way pianist Brad Mehldau’s left hand creates counterpoint with his right, weaving in melodic developments with equal facility in his right and left hands (and sometimes simultaneously) and in the process seemingly improvising an entirely new composition. The colorlessness of the midrange was apparent on vocals, rendering them with outstanding clarity. The Eminence’s reproduction of vocals was a bit understated spatially compared with many other speakers, presenting voices along the loudspeaker plane rather than projecting them forward. It was a more subtle and sophisticated perspective that tended to draw me in.” 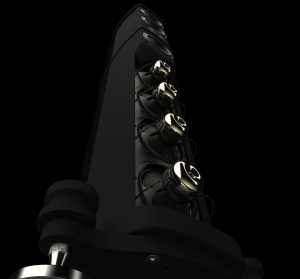 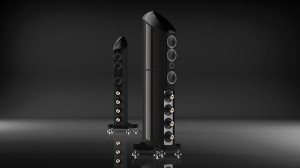 “The high-ender’s lament – that there are few good preamplifiers – should be extended to include power amplifiers too. Really good ones are thin on the ground. But as soon as you hear a really good one, like the Merrill Element 118, you know what you’re missing! Most seem to either accent something at the expense of other things, or colour the sound, or in the case of very big amplifiers, slug the sound. The Element 118 shows this is, in fact, a false dichotomy, because you can have big and powerful, and have it with good imagery, and have it with excellent pace, rhythm, and timing. You just need to know what you’re doing! Merrill and the Element 118 show they clearly know what they are doing when it comes to making power amplifiers!”

“While the Nucleus needs to be hardwired into your network, you can access it wirelessly from your phone, tablet, or laptop anywhere in your listening environment. Simply go into ROON and create whatever “zones” you need. Now that so many streaming DAC’s can be used as ROON endpoints, there’s no need to be a computer-based music listener, tethered to your DAC. Considering what some premium USB cables cost, you can almost buy a standard Nucleus for the same price!

If you aren’t utilizing a NAS for some of your music collection, you can still select a hard drive that is connected to a computer on your network or plug a USB drive directly into the back of the Nucleus. Finally, there is an HDMI output that can be utilized for output, and the sound quality will work in a pinch, but streaming via a ROON ready DAC is still the way to roll for optimum sound quality. Either way, it’s nice that ROON offers the option.” 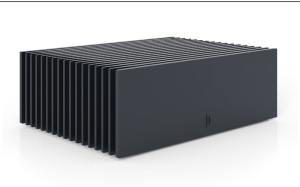 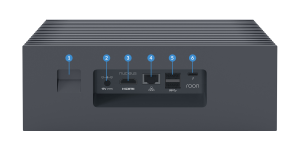 “Once I got things tuned, the sound was great. On Monk’s own “Rhythm-a-ning”—one of the tracks with a more prominent rhythm section—soundstage depth was excellent, with Ware and Wilson eight or so feet back from the Monk-Mulligan plane. Every note of Ware’s bass had easily identifiable pitch—not the case on every vinyl system. Monk’s piano was suitably percussive. Wilson’s cymbals had energy but weren’t harsh. This recording, which I know very well, sounded like itself.

I encountered a small operational issue with the No.5805: Switching from one input to another could take a second or more. Todd Eichenbaum, Harman’s director of engineering for luxury audio, told me that such slow switching is necessary because of the Levinson’s direct-coupled design. “We need to allow extra time when changing inputs because the unit is direct coupled and DC needs time to settle. Speeding this up would result in pops when changing inputs. . . . [W]e’ve been tweaking software and our order of operations when changing inputs, and later software should be able to speed this up a bit.” This is another one of those how-much-does-it-matter issues. I found it annoying when trying to compare one input to another—the internal DAC to an external DAC, for example—but this matters far less when what you want to do is just listen to music.” 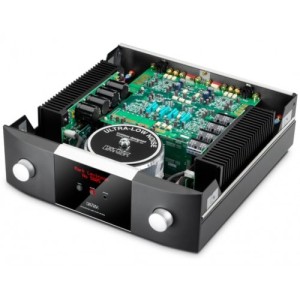 “Canary is my first CIEM with electrostatic tweeters. I have been very interested in this driver technology in In Ears for a while, and I am very glad to finally have had the opportunity to explore e-stats a little. AAW brings a more than complete package with this CIEM. The accessories are spectacular, the build quality very good and the sound just wonderful.

The Canary does make a lot of things right, maybe it doesn’t lead the hoard in any particular segment, but it presents an excellent tuning balance and for me is one of the top CIEMs in my collection. Canary doesn’t seem to step a foot wrong, but rather plays it safe. It doesn’t risk anything to go beyond it’s abilities, which makes it a nicely enjoyable ride.” 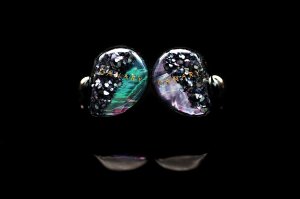 You are currently viewing the archives for June, 2019 at Audiophilepure.