“The entire top end is very tame, but with a slight sparkle factor that is just inching toward bright. I found this a stark contrast to the upper midrange, a sudden bump of treble that makes the top feel just a little more lively. But, at the same time, still not what I would consider plentiful or bright overall up top.

What does that mean? Well, to use fusion guitar as a reference point, harmonics and piano key strikes (sudden treble out of nowhere) have a great sense of dynamic flair and enjoyable flavor. That brightness and engaging factor are there, but the top end is not omnipresent with this tonality. It comes only when called for and for the rest of the experience, it is laid back in regard to physicality.”

“To try out the Clearaudio’s effectiveness, I place a brand-new LP on to the cleaning machine platter that’s been exhibiting some annoying surface noise crackle. After swinging the arm over the record and allowing the machine to apply the fluid, I rotate the record in both directions for a few revolutions as recommended. I then press the Vacuum button to remove the dirty liquid from the surface of the vinyl and then repeat the process with the second side. Once dry, I play the record on my turntable and am delighted to find that the crackle has disappeared, and I am able to appreciate the full dynamic range of the LP so much more and suggests to me that the surface noise was caused by the pressing plant’s mould-release agent.”

”
That ability to allow the performance its separate voice is both rare and important, suggesting the Atlantis DAC possesses that most valuable of all talents when it comes to transducers: sonic invisibility — the power to step behind the music and out of the aural sightline. With almost no thumbprint imposed on the signal, the Atlantis can pull the same trick whether it’s a classical recording or The Cure. The recording and developmental contrasts between Three Imaginary Boys [Fiction 827 686-2], Seventeen Seconds [Fiction 25 354-2} and Faith [Fiction 827 687-2] underline the band’s steep learning curve and growing sophistication in those pre-sequencer days. Likewise, the lyrical and musical development of artists as varied as Joe Jackson and Elvis Costello, Steve Earle and Nanci Griffith, is just as clear and equally individual. If the perfect system should play all types of music, then the Wadax gets extremely close to that ideal.” 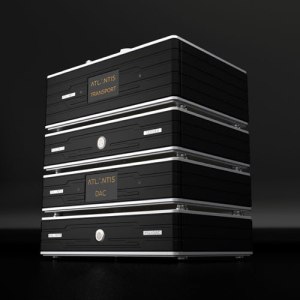 “The FiiO UTWS1 True Wireless Bluetooth Module is everything I want in a True Wireless headset. It is comfortable, convenient, versatile, has enough power to drive any IEM (there is some mention in their Amazon ad of noise floor issues with extremely efficient IEMs, but I did not experience this with the FH7s), has a good microphone and active noise cancelling for phone use, allows you to use them with or without a seal (though you would obviously want a seal for music as there is no bass without it), and the sound quality is about as good as you can expect from a Bluetooth amplifier of their size. The range was excellent requiring me to leave my house to lose signal even with several walls in the way.”

“And lastly, it’s gotta look good. If you’re going to have your DAP on the surface in front of you at all times, a good piece of industrial design will make that a far easier pill to swallow and make you want to regard it from arm’s length. The overall shape of the SA700 might seem a little familiar to the keen-eyed DAP-aficionados among you. That volume wheel which dominates the otherwise monolithic, rectangular profile evokes the lines of the AK120 – the original Astell&Kern DAP – from which they drew inspiration in terms of the SA700’s design. Astell&Kern set-out to combine analogue-design values of yesteryear with cutting-edge future technology in this latest chapter. Or, as they describe: ‘Past Meets Present’. The ‘party trick’ of the SA700 in the beauty pageant is the back-lit LED behind the volume wheel. depending on what sample rate or file type you’re listening to, it will glow in a nice red, green, blue or purple. It’s a nice, subtle effect and provides a comforting reminder of the device’s power and smarts while it’s sitting nearby. ” 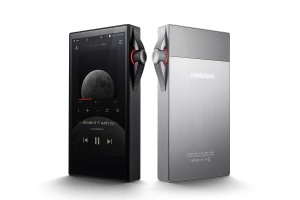 “I’m sure a lot of people reading this review are wondering if the A 21+ sounds a lot like the original A 21. These thoughts are perfectly appropriate when nothing but a plus sign has been added to the model name. As a previous long-time owner of the original A 21, I feel confident in saying the A 21+ does in fact sound similar. However, I also feel confident in saying the sound is not a carbon copy.

In a sense, you’re getting an A 21, but with moreof everything. Specifically, the A 21+ offers more impressive dynamics, a more accurate stereo image, wider stereo separation, and I heard more impressive control over my speakers’ drivers on a regular basis. Like its predecessor, the A 21+ still punches well above its price point in overall performance and is still an amplifier that does most things right.”

100 All Analog In Print Reissued Records You Should Own

“Well, yes, to a small degree. For instance, take Charles Mingus’s almost violent The Black Saint and the Sinner Lady (LP, Impulse A-35). Here, the trombone had better growl like a wild boar, the sax had better taunt and make an ugly sound, and the drums should pile up and knock you over. The 452 iQ didn’t quite kick it like my solid-state reference amp, but it came close enough that the music didn’t suffer. A well-regarded music writer visited recently to do some comparisons on a big rig for a feature he’s writing. After we’d finished his work, we had some fun. I played him the 45rpm lacquer of Art Blakey & the Jazz Messengers’ “A Night in Tunisia” that I’ve been taking around to shows. That knocked him back! Then I hit him with the original Bob Ludwig–mastered (“RL”) version of Led Zeppelin II (LP, Atlantic SD 8236), and of course he was blown away by that, and so was I. Though the solid-state reference amp has greater “grunt” on bottom, never did the 452 iQ make me feel like I needed to switch amps so my guest could better appreciate the Led Zep tracks. The 452 iQ was an addictive-sounding amp, suitable for all kinds of music.”

You are currently viewing the archives for April, 2020 at Audiophilepure.