“The unit supports MQA, although it surprisingly does not give an obvious visual indication of this on its front panel. And, as always with MQA, it’s a bit hard working out exactly what’s going on. For example, playing the ‘M’ (Master) version of Smashing Pumpkins’ Mellon Collie and the Infinite Sadness on Tidal, the app clearly indicated MQA and said that the stream was 24-bits and 96kHz (and that the bitrate was 1694kbps, for what that’s worth) but the DS-10’s front panel reported the audio as ‘PCM 192kHz’. Was the app doubling things?

But when I played some test MQA music I’d downloaded, the app reported MQA, 24-bits and 352.8kHz sampling, but the front panel showed 176.4kHz. So perhaps the app was reporting the coded music but was not performing the last unfold.

Another test track that the app reported to be 44.1kHz was also shown as 176.4kHz on the front panel, while a further 44.1kHz one was shown as playing back at 44.1kHz by both the app and on the DS-10’s front panel. Clearly the unit is doing something with MQA, and they all sounded fine.” 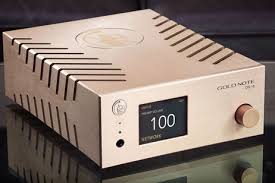 “There is a lot more ground to cover on the Hugo TT2, not least how it pairs with the TToby. I have the TToby hooked up to the Hifiman headphone amp adapter for use with the HE6 and I will try to cover that also.

I love how the HE6 and the Abyss Diana Phi sound with that huge power amp behind them both. The XLR balanced output of the Hugo TT2 might be a bit too much for these two so I need to be a bit cautious about the power obsession angle. Going unbalanced has already shown promising performance with the Susvara so there may not be a need for the additional power.

The Bluetooth angle is also worth looking into as we have a ton of wireless devices lying around this year including some good streamers. And of course, we need to compare, not just the DAC but also the headphone amp. We do have some worth competitors this year including the dCS Bartok so stay tuned for our full review down the line!” 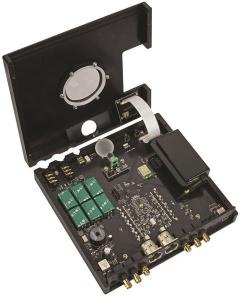 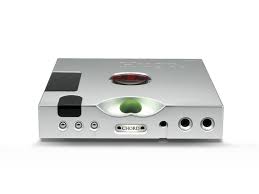 “Sonically the Manley Absolute can be anything from a push-pull amplifier with 0.16% THD to a single-ended amp with 1.0% THD. Also, you can add up to 10 dB of feedback. The sonic difference between the single-ended with no feedback and the push-pull with 10 dB of feedback is about as wide as the gap in opinions among audiophiles about the effects of cables on a system. But unlike polarized opinions, the Absolute offers you all the options in between its sonic extremes. Which setting did I find to be ‘the one?’ None, actually. Instead there was a range of settings that worked, depending on the music, the recording, and my own mood. 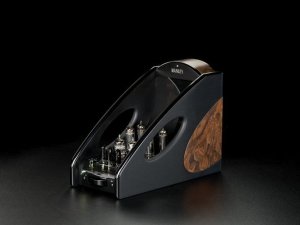 “The appearance of the Ragnarok 2 is little changed from the original, it still employs the classic elegant rolled aluminum chassis that is the signature look of all Schiit products. The power button is still on the back implying that it should be left on (solid-state amplifiers often take several days to reach full operating temperature – the main amplifier for my theatre system does not even have a power switch and has not been shut off for over 40 years except in events of power outages or relocations), the vent hole in the top has been replaced by two large heat sinks down each side, the Balanced and Single-ended headphone outputs have been reversed and an air intake cutaway along with a single button (to switch between speaker and headphone use) has been added to the sparse front panel in addition to the pre-existing Source and Gain buttons and their attendant indicator lights.” 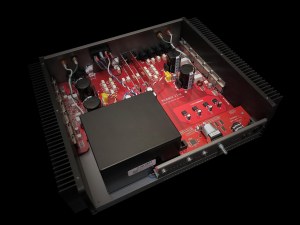 “Thanks to clear controls and a remote handset, the HA500H is simple to use: I especially like the front panel buttons for basic functions, from turning the ‘tube’ mode on and off, to choosing high/low impedance and switching between line and headphone output and balanced/unbalanced ‘phones. It’s so much better to have direct controls rather than having to delve deep into menus to make the most commonly-used changes.

It’s all helped by a large, sharp display panel able to show a range of screens, from virtual swing-needle meters – fun for about ten minutes and then very distracting – to bar-type readouts (ditto) and graphic representations of the input in use. Helpful, too, is a display able to show at a glance the state of all the selectable parameters.” 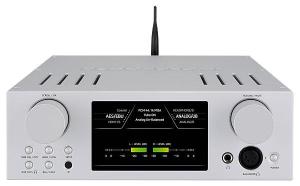 You are currently browsing the HeadPhone Amp Desktop category at Audiophilepure.