“Even though my general recommendation would be triode for chamber music and small jazz ensembles (or hard/bright recordings), for a better depth of soundstage; and tetrode for large-scale, wider-dynamic, and wider-range discs that are well recorded—we often won’t know until we sample both.

One interesting example was my well-worn copy of Milstein playing Bach’s Sonatas and Partitas for violin [DG]. Here, although I thought I would prefer triode operation, Milstein’s fiddle came across as muffled and rhythmically plodding, less immediate and immersive. Whereas in tetrode there was far more upper-end air, a keener sense of bow on strings, lilt and momentum to his playing, and a conveyance of the instrument’s whiskey-warm sound.”

“For example, on Gerhard’s exceptional-sounding Astrological Series: Libra, Gemini, Leo [Decca], the S-200 in triode operation caused the lightning-strike percussive acoustic guitar strums and violin trills to initially sound more expressive, but the remarkable staging effects of this recording weren’t anywhere near as precisely defined as they should have been, and the speed, dynamic snap, and high frequencies were noticeably shorn off, resulting in a relatively dull rendition of this otherwise edge-of-your-seat performance.

In tetrode mode, not only was the music a thrill from the get-go—that magical sense of instruments being played in real space (the absolute sound, after all)—surrounded by halos of air, with split-second interplay between the musicians, but the performance was now rendered as musically riveting throughout.” 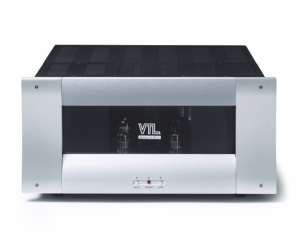