”
Once in my system, the Maargas brought to it a combination of strengths and weaknesses very different from those of my Altec Flamencos and DeVore O/93s. The Rethms were “airier” and more open than either, with spatial performance that was also superior (especially relative to the Altecs): Images of instruments and voices were more distinct from one another than I usually hear at home, some addressing me from a stage of greater-than-average apparent depth. On the down side, my system’s sense of scale took a step backward—the size of everything was now medium-small to medium—and there was a lack of midrange richness. There was also a bit more upper-mid graininess than I’m used to hearing.” 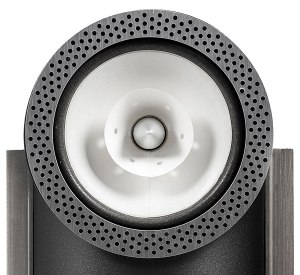 “The beauty of this amplifier is in the details, the fine details to be exact. Listening to whatever your favorite bass heavy tracks are, the extension offered, combined with a level of LF texture that you won’t notice until you go back to what you were listening to, is uncannily good. And the top end presentation is detailed, refined, and controlled. The Grado P2000s and the Utopia phones both can get strident with the wrong amplifier, yet the lack of harshness through the P-750u is the best I’ve heard on these phones.”

audiophile journey in analog and digital

“Now all of my listening with these phones was done with either the new Stax SRM-700T (for Tube) or the HiFiMan Jade 2 energizer/amplifier (solid-state). I’m very fond of my Jade2 system. It is clean, articulate and the phones are super comfortable. But in spite of the Stax being over a thousand dollars (List price) cheaper than the Jade2s (by themselves – no energizer/amp) they blow the HiFiMan cans out of the water. The amount of detail retrieval is an order of magnitude better, and the in-your-face perspective of the Stax still manage to give a soundstage that is at once wider and deeper. While this difference is much more pronounced with the Stax amp, both amps allow two sets of phones to be auditioned at once. This makes comparisons between different sets of phones much easier because one can switch very quickly and one can tell which amp does what to which phone (confused yet?). For instance, Between the SR-900S ($4500) and the SR-L300 ($430) on the Stax amp, one can easily hear that while the former are about 10X the latter, the sound of the two (except the difference in perspective, of course) are actually fairly close. There is certainly not 10X the difference in performance, and given the lightness of the SR-L300s, they certainly are more comfortable than the flagship model over long-term listening.

I recently hosted classical pianist Maryam Raya for a private concert of Bach at my home, a few weeks before she performed Beethoven’s 3rd Piano Concerto with the NY Symphony at Carnegie Hall. A week later I hosted pianist Tony Tixier and his Grammy winning brother jazz Violinist Scott (for work with Hans Z”immer on the Lion king soundtrack), with bass and drums filling out the quartet. I guess I’m saying not only do I have a reference for live music, I have it in my home regularly. Upon reflection, what struck me is how recording dependent the ultimate illusion to live is, and that it is not a function of the speaker to add, subtract, or correct for. Its ultimate function is only tell the truth. Yet the MR!777 is far more capable of capturing and revealing just those elements that make up the re-creation of live. One of my favorite recordings is Brian Bromberg’s Wood. Brian’s pianist is very well recorded, and on “Dolphin Dance” much of the power and immediacy is passed along as such. By contrast, yet in a good way, Red Garland’s “Bright and Breezy” places Red’s piano dead center, set further back and smaller in scale, but has great touch, timbre, and that light melodic feel Red was famous for. Two distinctly different recordings capturing differing elements of live, as I hear it, in their own way and beautifully rendered by the MR!777.

audiophile journey in analog and digital

“I moved on to Beethoven’s “Symphony #6 in F Major” and of all the music so far, this sounded the best. As a listener, you can distinguish the positioning of every instrument and the harmonious blend of sound coming through these monitors was really incredible. From there I moved on to Queen and Led Zeppelin, and the 8SS performed superbly. Again, the soundstage is adequate but somewhat constrained for my tastes.

After testing these for two weeks, I can say without a doubt these are one of the best flat tuned IEM’s I’ve ever tried. Even though I find these to be neutral and clinical, the tone is exceptional and I wouldn’t hesitate to recommend these to anyone in the recording industry.”

“The Valkyrie has a more energetic and brighter top end than the Halcyon. The AAW though has a cleaner treble response with higher levels of richness. It is safer from harshness and sibilance than then Valkyrie. The EE gives more presence to the highest of highs, which makes them sound a bit thinner and sharper to me.

In terms of technical performance it’s the Valkyrie that stretches a wider and deeper stage. It has a darker background and separates instruments cleaner with a sharper cut. Both monitors have equally good resolution, but the Valkyrie gives more attention to the texture, while the Halcyon goes for a smoother touch. It smudges over some blemishes and makes for a more forgiving sound. The Valkyrie on the other hand can sound brutally punchy. If that’s not what you like, then the Valkyrie won’t be for you.”

“For sure, it’s an easy visual winner in all of Rossi’s categories. Just look at it. But the sound it produces is very special. And some of the most musically inviting, transparent, sweet and diaphanous sound I’ve had the pleasure of hearing in my music room.

The magic is mixed in Rossi’s conjuror’s hat. For sure, the very high quality Elrogs have a great deal to do with the sound—typical of superb 300Bs—but Rossi’s design prowess (ears/voicing) adds much to the general character.

You are currently viewing the archives for March, 2020 at Audiophilepure.