” The Sony has been used with the standard playback app with a mixture of lossless and high res FLAC files and some DSD. Testing has mainly been carried out via Noble 6 in-ear earphones but the Oppo PM-3 has also been used as well as variety of less expensive earphones here on test. Additional testing has been carried out using Tidal and Spotify with content streamed from the cloud and downloaded onto the device. As a means of providing an interesting benchmark for the Sony in the absence of another high end DAP being available here for testing, my standard travel rig of a Google Nexus 5 and the Oppo HA-2 connected by OTG cable was used as a comparison” 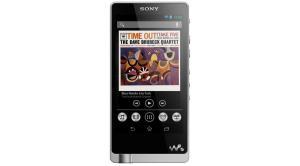 You are currently reading Sony NW-Z2 Walkman Review at Audiophilepure.