‘As I listened more, I began to concentrate less on the performance of the SD 6.2 within specific frequency bands. For instance, when I tried to focus on what the AVM was doing in the bass, I realized I was assessing more the sound of the speakers than of the electronics. This became obvious when I swapped out the EgglestonWorks Kivas, which are fairly large, three-way floorstanders, for Monitor Audio’s smallish, two-way, Studio stand-mounts, then swapped the Kivas back in again. My takeaway from all of that was that the Ovation SD 6.2 had no problem of bass lightness or heavy-handedness. Its sound seemed perfectly neutral, feeding each pair of speakers exactly what it needed to produce excellent bass within that model’s capabilities.

Eventually, as I began to focus more on soundstaging, I came to find out that this largely depended on how the SD 6.2 handled high-frequency subtleties. Basically, the AVM’s reproduction of the treble was so delicate and precise that its re-creations of the subtle cues of the acoustics of live venues were stunningly realistic. Concert recordings took on a more holographic nature in terms of soundstage depth, and my perception of the AVM’s ability to reproduce the ambience that placed me at the center of a soundfield — as opposed to looking in at it from a distance, from the outside — also increased.” 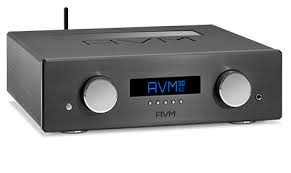 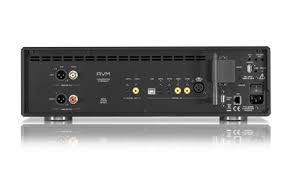 You are currently reading AVM Ovation SD 6.2 Preamplifier-DAC-Streamer $9990 at Audiophilepure.